Worm Drive Saw vs Circular Saw – Which One You Really Need?

What is the difference between a sidewinder saw and a ​​worm drive saw?

The difference comes down to the position of the blade and the motor in relation to each other. This determines the amount of torque the motor can deliver to the blade.

A worm drive saw will have greater torque, but the added drive mechanism also adds to the manufacturing cost of the tool, making it higher priced than a sidewinder saw.

This type of circular saw was developed by Skilsaw to meet the needs of workers in need of more cutting power.

A sidewinder – or direct drive – circular saw generally has less cutting power but operates at a higher RPM. The extra speed can make up for the power deficit when cutting lighter materials. Simpler design means better price too. 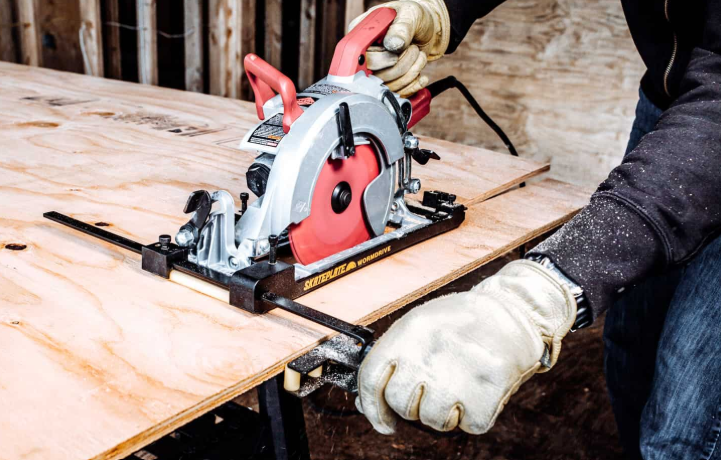 Initially, worm drive saws were all corded models but with the latest generations of batteries you will find some cordless models too. While they have consistently outperformed sidewinder saws for a long time the difference in power is shrinking and a quality sidewinder saw can now be on par with many worm-drive models.

They still have their differences in design though and choosing between the two types often come down to the environment the saw is used in and to personal preference in operating position.

In worm drive saws, the blade sits in front of the motor and is driven by a threaded worm mechanism allowing for greater power delivery. Due to this construction, worm drive circular saws tend to be heavier with a narrower, longer profile although this is not always the case. 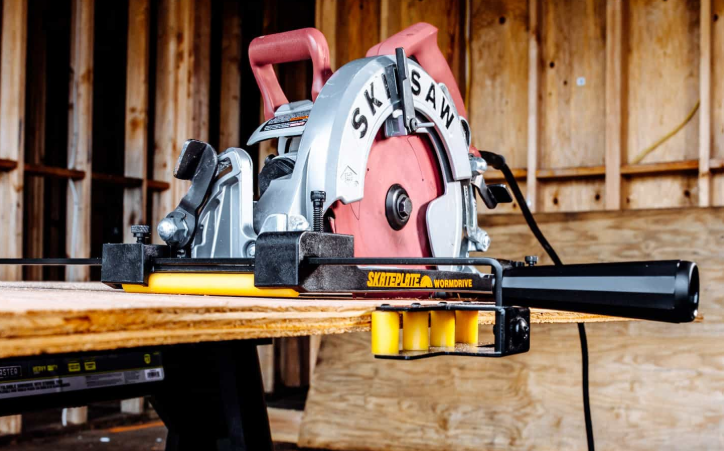 This comes handy while working in confined spaces and extends the users reach but also requires more strength to operate.

Worm drives will cut through tougher materials such as hard wood but have less speed and can cost significantly more than sidewinder models. Buy them when you are working with challenging or thicker materials and power is what you need.

A sidewinder circular saw has a much simpler operating mechanism as the blade is directly connected to the motor. This allows for higher RPM, less power consumption and higher working speed while cutting lighter materials. Most portable circular saws will be sidewinders.

Since a direct drive saw has the blade sitting at the side of the motor, these tools tend to be wider, more compact pieces. Due to the shorter distance between the blade and the motor, they are easier to control and operate for extended cutting jobs. Sidewinder saws will be more budget friendly too while delivering more than enough performance to handle most projects.

Professionals and hobbyists working with challenging materials such as driftwood and other dry, hard woods will find a worm drive saw easier to work with.

They can also be a good choice for heavy-duty construction use. Remodelers, often working in confined spaces favor worm drive saws too. The tradeoff is the higher price point but if budget is not a concern, worm drive saws will be a good investment for other projects too.

A good sidewinder circular saw is more than capable of handling the vast majority of cutting jobs. If you are a beginner or a DIYer working with anything other than hard wood, a sidewinder saw is the way to go. They will often be the right choice even for professionals working with easier materials.

Some of our favorite worm drive and sidewinder saws right now:

Hector Marks
Hector is a woodworker by trade and one of the main writers for Art of Sawing. As the father of two boys, they are often busy with various DIY projects in their spare time. Read more about him here.